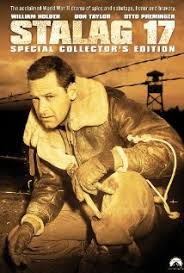 Have you ever seen an old war film where POWs are trapped inside a concentration camp and one lone leader emerges to usher everyone in the hut onto a team and ultimately to escape? After the obligatory battles and moments of tension, of course. Why is it that the POWs are not loyal to the Commander of the concentration camp? I mean, that leader is undoubtedly the control master of the camp. How come everyone abandons his mission in favor of the POW Leader and escapism?

The answer is obvious. People, as a rule, respond better to believing they are being served by the leadership rather than being dictated in tyranny. When we try to apply these principles to Project Management, however, a lot of team members begin to get nervous. Suddenly the obvious becomes significantly more vague.

The difference are not vague, and that’s a certainty. So let’s take a minute and debunk some of the myths surrounding servant leadership:

The needs of your client and the needs of your team members are not mutually exclusive and as a leader you have to be conscious of these things. Many battle leaders have led willing soldiers into horrible situations, simply because there was a tremendous amount of trust, loyalty, and respect for the leader among the members of the team. As a project manager, you build this trust and loyalty by placing the needs of your team on your priority list.

House the project goals in terms of what benefits the goals are bringing to the team. What’s in it for them to do a good job? Obviously, there are a certain amount of work ethic involved what says they should be there and do their best because it is their job to participate on this team. While that statement is undoubtedly true, as  leader you’ll do well not to exploit that reality.

You will not lose control of your team if you allow your members breathing room when it comes to executing different aspects of the project. When you have delegated a particular job to a particular member, do not micromanage them. Define the parameters within which they are to work, then let them decide how best to complete their task within those parameters. You will be surprised at how well your team members are able to perform in this environment.
Freedom of movement for your team will foster a personal investment in the project on the part of your team members. If you team members see the project as a potential success for them personally, they are more likely to perform at their best and deliver a quality project for your client.

So when you are leading a team, remember that remaining in control does not have to mean divide and conquer. Work with your team and operate with give and take rather than flog and punish.

Our mission is to help others grow. To accomplish that mission and to help you on your Agile journey, we’ve built a library of free resources, downloads, webinars, and helpful tips. Complete this form for access to our free resource library and monthly newsletter.